The best thing a smoker can do…

13 Jan The best thing a smoker can do… 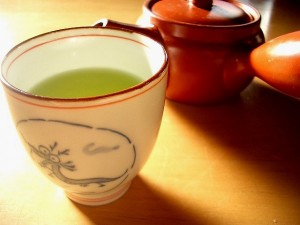 Apparently, if you are a smoker there are a few things to do to protect your lungs from cancer. Obviously the best thing to do would be to quit, but in a recent study researchers found that a cup of Green Tea a day can significantly cut the risks of lung cancer. This beverage has said to have “anti-cancer powers.”

In Asia this drink is favored to many. Green Tea is made from dried leaves of an Asian plant called Camellia Sinensis. The rates of cancer in Asia are much lower than other parts of the world.

From BBC News’ article on Green Tea; Dr. I-Hsin Lin, of Shan Medical University, found that among smokers and non-smokers, people who did not drink green tea were more than five times as likely to get lung cancer than those who drank at least one cup of green tea a day.

Yinka Ebo, of Cancer Research UK, said the findings should not be used as an excuse to keep smoking. “Smoking tobacco fills your lungs with around 80 cancer-causing chemicals. Drinking green tea is not going to compensate for that. “Unfortunately, it’s not possible to make up for the harm caused by smoking by doing other things right like eating a healthy, balanced diet. “The best thing a smoker can do to reduce their risk of lung cancer, and more than a dozen other cancer types, is to quit.”